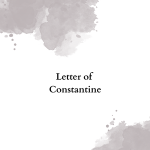 The reading is from the letter of Constantine, the Ukrainian student who, on March 20, committed suicide in Moscow. He was born in Donetsk, Ukraine. Age 26 years old, he had been in Russia for four years for university studies. Russia’s war against Ukraine found him within the borders of the aggressor state. Constantine tried to escape on February 26, but the police stopped him. The police arrested him for 15 days on the hooligan charge. After his release, his professors found an opportunity to bring him to Austria. Still, he did not feel like making a second escape attempt. Before committing suicide, he sent the following letter to his professors and a poem. He says he wants his letter distributed. His political act does not accept romantic interpretations but asks us to inhabit his latest thoughts, fueled by the war and the murderous machinery of Russia in 2022. We took the letter from the “Lefteast” journal. The above description is based on the interpretation of translator Maria Brock.